The publishing world has changed. Book authors now have to do most of their own marketing. Like many other types of professions, book authors never planned to be marketers. Now they have to.

The distribution of books has changed, as well. Many authors sell their books on Amazon.com, but they only receive about $.50 for each book they sell. Yes, that’s only 50 cents. If they sell through a local bookstore, such as Missoula’s Fact and Fiction, they may receive $2.00 per book. That’s better, but still not the riches people imagine authors will receive. When there are books left over unsold from other sellers, businesses may buy them out and sell them at a discount. In that case, authors receive nothing.

And, sometimes, authors have a stock of books they want to sell themselves. They don’t need a full service shopping cart system because they only have a few different items.  It used to be that PayPal Buy Now buttons were pretty much the only tool for this type of scenario. But the practices of PayPal itself has opened the door for competition.

I have been setting up PayPal Buy Now Buttons and shopping carts for over 10 years now. It’s not a huge part of my work, but very important when it is needed. Over the years, I have heard about PayPal’s poor customer service and questionable way of treating small business owners, but I hadn’t experienced it until this week (Sept. 2019). Yes, they have made many, confusing interface changes, but I was generally able to figure out where they hid links to their functions. 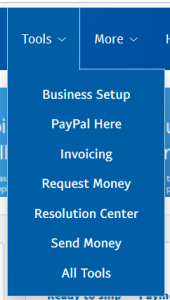 That is, I was able to figure it out, until this week, when the Buy Now Buttons seem to have been totally removed from my account and don’t exist in my client’s account. It’s weird because both of us have invoicing functions available. But, we also noticed that my account has the Tools menu available, but hers doesn’t.

We guessed that possibly she has a personal account, and I have a business account: https://www.paypal.com/us/smarthelp/article/PayPal-account-types-FAQ2347. The question is, why would a personal account have invoicing? Their account descriptions don’t mention invoicing … or Buy Now Buttons … in either account.  And, it’s pretty difficult to find information about PayPal Buy Now buttons in their services at all.

Through a Google search, you can find a page on how to set up a Buy Now Button. But, it doesn’t tell how to get to the Buy Now Buttons after you login to your your account. Some of the help pages do mention that you need to go to All Tools, but the All Tools page has no further clues.

A Simple Question for Tech Support?

When you open a chat in PayPal, the computerized system asks for your question and suggests articles you can read. If those articles are irrelevant to your situation, you can be transferred to a support … not even sure the next level is a real person either. At some point, I reached a human. This human was not able to interact clearly. When I told him I could not find the PayPal Button function, he asked me what error I was seeing. After trying to explain a few times I gave up. At that point, I started research on other software options.

A few days later, I tried their support chat again. This time, the tech was able to communicate, and told me that the PayPal Buttons are in the Integrate PayPal menu item (see screenshot). Now I know why the first tech couldn’t communicate. The web developers can’t either. I think it’s a corporate problem.

Problem with the Dynamic Links 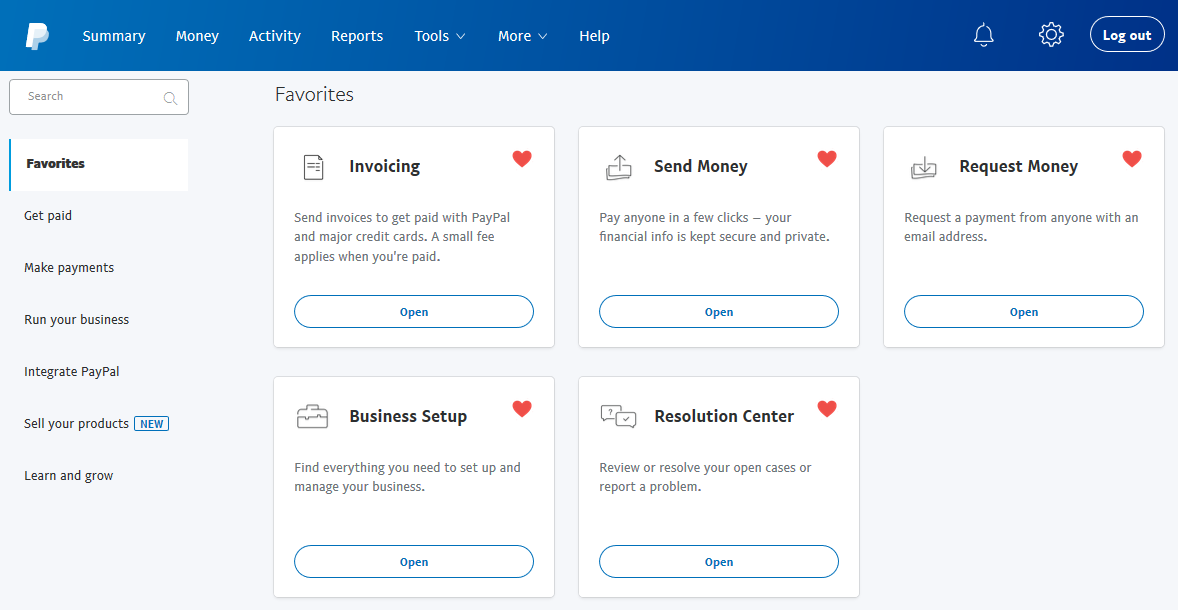 After further work in PayPal, I believe I have figured out the problem. In other uses in other accounts, the Buy Now buttons appeared. Why one situation and not the other?

The tools that PayPal shows are based on an algorithm. If the tools don’t show, it’s not because they don’t exist, it’s because the algorithm has decided what you want to see. Algorithms are very poor at knowing what you think at the moment.

While the algorithm could use fixing, some testing about how people understand the links in the left column could overcome the weaknesses in the algorithm.